Since 1936 the Harvard Journal of Asiatic Studies (HJAS) has without interruption published outstanding original research and in-depth reviews of books about China, Japan, Korea, and Inner Asia. HJAS publishes the highest-quality scholarship in a multidisciplinary forum that includes premodern and modern literature, art history, and religious studies; digital humanities; premodern history and social science; and modern history and humanistic social science through the mid-twentieth century. The journal values analytically rigorous articles that place specialized research findings in a broader context for scholars working across East and Inner Asia. HJAS occasionally publishes clusters of articles that present focused and vibrant debate on specific topics. The editors welcome inquiries about special issues on focused topics. 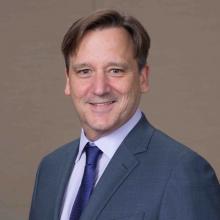 David L. Howell is Professor of Japanese History at Harvard University and Editor of the Harvard Journal of Asiatic Studies. He received his B.A. from the University of Hawai‘i at Hilo and Ph.D. in History from Princeton University. He taught at the University of Texas at Austin and Princeton before joining the Harvard faculty in 2010. Howell is the author of Capitalism from Within: Economy, Society, and the State in a Japanese Fishery (1995) and Geographies of Identity in Nineteenth-Century Japan (2005) as well as numerous articles.

Howell’s research focuses on the social history of Japan in the Tokugawa (1603–1868) and Meiji (1868–1912) periods. He is particularly interested in the ways changing political and economic institutions affected the lives and livelihoods of ordinary people over the course of the nineteenth century. His current projects include a short survey of the Meiji Restoration period and a history of human waste and garbage in the cities of Tokugawa and Meiji Japan. He is also a co-editor of a new edition of the Cambridge History of Japan. 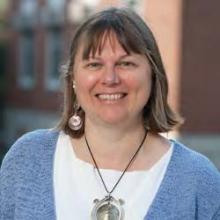 Melissa J. Brown is Managing Editor of the Harvard Journal of Asiatic Studies. She received her BA and MA degrees from Stanford University and her PhD in Anthropology from the University of Washington-Seattle. She was on the faculty at the University of Cincinnati and Stanford University before coming to the Radcliffe Institute for Advanced Studies at Harvard in 2011 and joining the HJAS staff in 2014. Brown’s publications include Is Taiwan Chinese? The Impact of Culture, Power, and Migration on Changing Identities (2004), Explaining Culture Scientifically (2008), “Dutiful Help: Masking Rural Women’s Economic Contributions” (in Transforming Patriarchy, 2016), “Footbinding, Industrialization, and Evolutionary Explanation: An Empirical Illustration of Niche Construction and Social Inheritance” (Human Nature 27.4, 2016),  “Economic Correlates of Footbinding: Implications for the Importance of Chinese Daughters’ Labor” (PLOS ONE Sept 20, 2018), and “Taiwan’s Intersectional Cosmopolitanism: Local Women in Their Communities” (Cross-Currents 33, 2019). 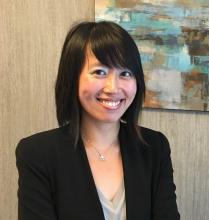 Chun-Yi Sum is Book Review Editor of the Harvard Journal of Asiatic Studies. She received her BA from Washington and Lee University and her PhD in Cultural Anthropology from Boston University. Prior to joining the HJAS staff in 2018, she was a postdoctoral research fellow at the University of New Mexico, contributing to a project about Mosuo youth in Yunnan. Sum’s research examines the impact of globalization and economic development on young people’s moral worldviews in contemporary China. She is working on a book manuscript about volunteerism and extracurricular activities at a Chinese university.

HJAS thanks the Harvard University Asia Center, Fairbank Center for Chinese Studies, Min Young-Chul Memorial Fund at the Korea Institute, and Reischauer Institute of Japanese Studies for their generous support of an editorial assistant position.